Form Based Code coming to the River Arts District


"The City’s economic development office developed the Riverside Drive Development Plan, a re-use strategy for ten acres of publically owned land in the middle of the district. The plan envisions significant new commercial and residential build-out (350,000 to 1,000,000 square feet) and considers form, but current zoning and development regulations do not support its recommendations. Throughout the district, the presence of the flood plain, known and unknown contamination issues, and the adjacency to the railroad ROW presents serious development constraints. A new, form based code will need to address these issues."

The RFP is no longer online but if you would like a copy, please email us and we can send it to you.

12 Stakeholders chosen by City to give input through interviews 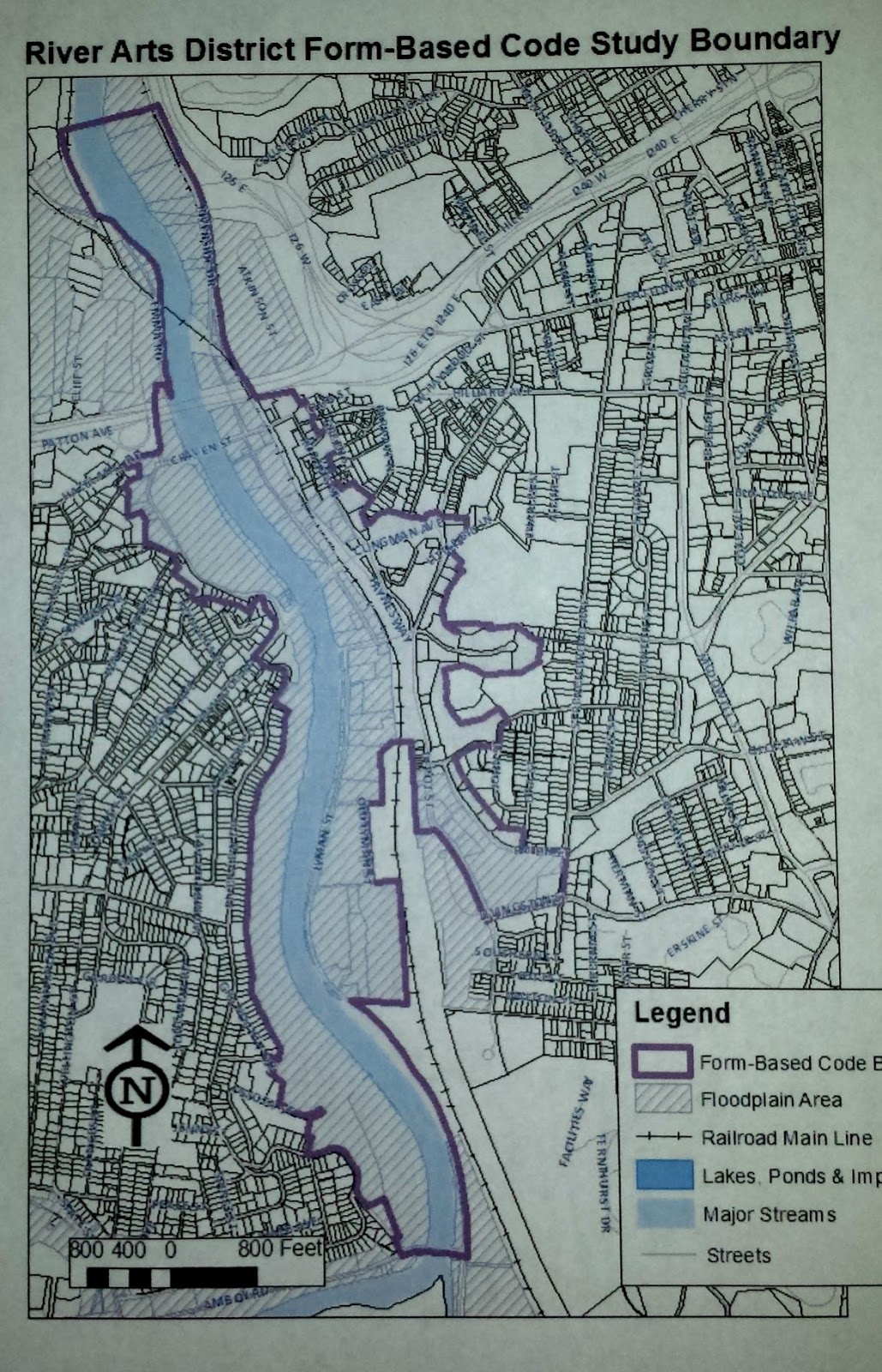 In short, this includes all properties along the French Broad River from Amboy Road northward, across Patton Avenue on Emma Road, to a section just past Atkinson St (map is not very clear).

Why is the City considering this? Public sector involvement in real estate
To increase the square footage of develop-able land. Refer to the Riverfront Redevelopment Plan, pgs 17 - 20.

Pros and Cons of Form Based Code
As you know Form Based Code was approved in the area of West Asheville along Haywood Road (click here to read articles) which largely received positive approval from the community.  As of 2014, there are currently a little over 400 form based code communities nationwide. However, this is a relatively new form of zoning which should be reviewed and while the pros always get the spotlight, there are cons.

More on this as we get it.