Greenways and Right of Ways

Land acquisition to begin in the RAD and along MANY miles of Greenways.  To see the City's Notice about this click here.

Here's all the information.

In addition to the River Arts District 2.2 miles along the French Broad River, if you have or are a tenant of property in the following areas you are affected (some of these, the process has already started or completed):

Montford Greenway - 1.25 Miles
Begins at Gudger Street below the Asheville Chamber, near the Rudolph Learning Center. A portion will originate at Montford Complex and along the Riverside Cemetery.

Reed Creek Greenway - 2.0 Miles
From the Botanical Gardens on W.T. Weaver Boulevard to Aston Park at the intersection of Clingman and Hilliard Avenue

Here are links to Greenways Documents to read these in detail:

Wilma Dykeman Riverway Project
According to this article from September 15, 2014 in the Citizen-Times:

"Most of the $5.5 million from multiple grants will be used to acquire land for the Wilma Dykeman Riverway project and other nonconstruction, preliminary activities for the RADTIP project, said Steph Monson Dahl, an urban planner for the city. The process of purchasing the right of way will take about a year, she said."

Against Greenways?
As stated throughout this site, we are not against greenways.  We are not here to fight against their development although there are opponents throughout the country that are opposed because of increasing unwanted traffic, raised property taxes and having no value to the property but shortening it.

In our research, these Greenways are 10 feet to 12 feet in width and will encourage and act as multimodal transportation paths - namely cyclists - to enjoy.  All the same, pay the fair market full value for those portions. 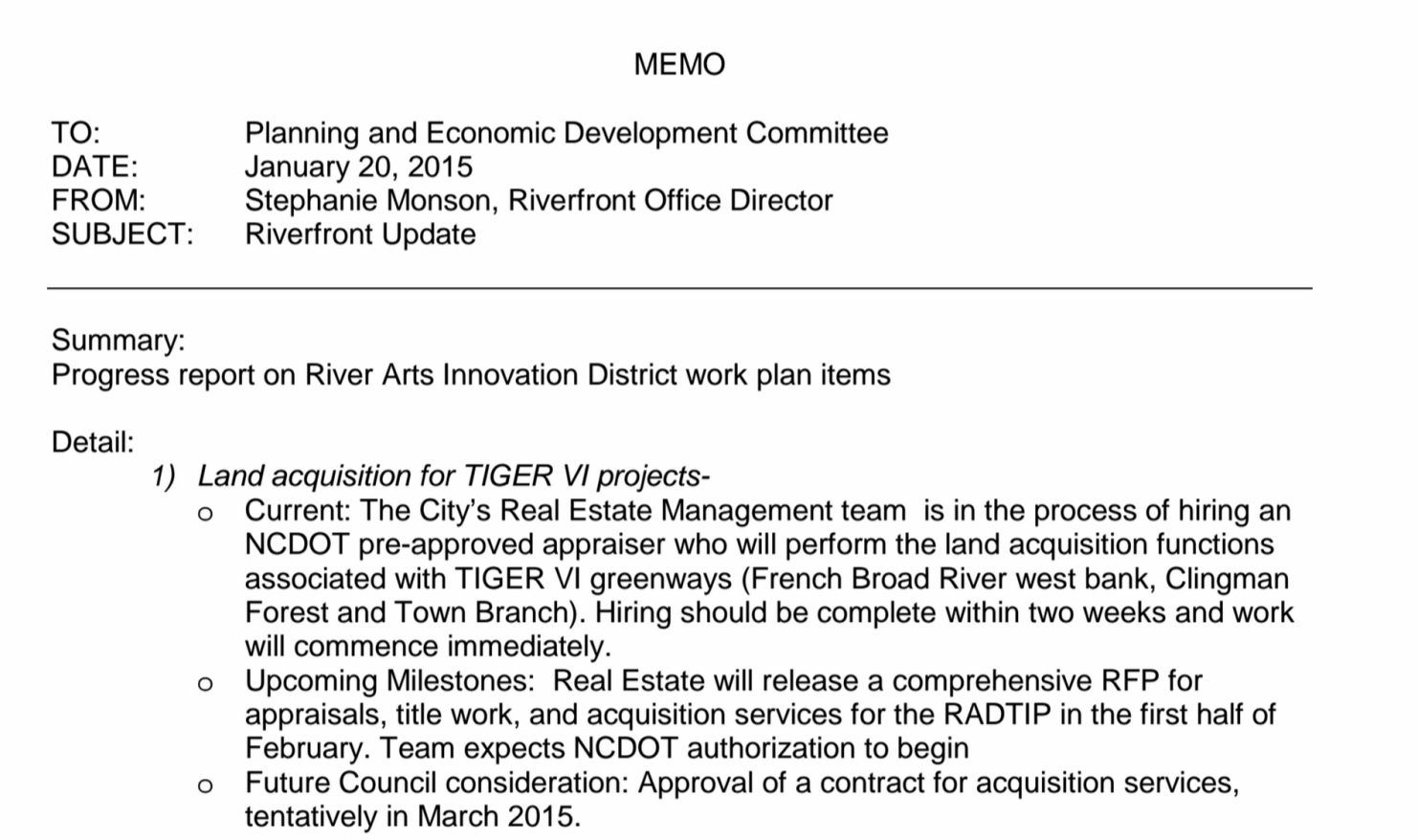