Right of Way is the Wrong Way in NC 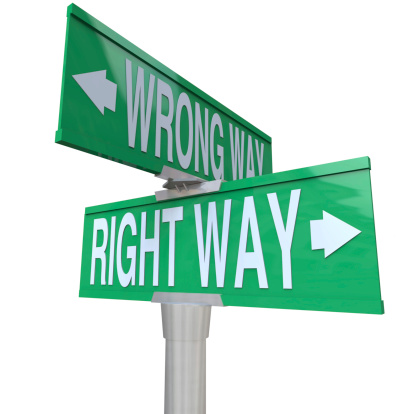 Regardless of where you live in North Carolina, the Right of Way process is the wrong way.

What is the right of way process in Asheville? 50% of Value

City Council has been preparing for all this land grab. Last April they created a draft Right-of-Way Acquisition Policy and debated whether or not to take this to Council or vote because it's just an "administrative" policy.  We are not sure of the status but we did send an email to request the final but have not received it yet.  Click here to see the draft. The draft provides for 50% of base tax value (excluding improvements) for the NET new square footage.

As of right now, North Carolina is the ONLY state constitution that does not expressly state that a government must pay for the private property it takes. North Carolina also does not guarantee jury trials in condemnation cases.  Opponents of changing the law think that the local municipalities will do the right thing. This is wrong.

There is a bill (House Bill 3) in NC legislature by Representative Chuck McGrady to correct this. The bill's opposition states:


"But Rep. Darren Jackson, a Knightdale Democrat, voted against the bill last session and says a constitutional amendment isn’t needed. “Until proven otherwise, I trust local municipalities to make those decisions themselves,” he said. “I have a general objection to putting things in our constitution unless absolutely necessary.”" (Jan 15, 2015 Article, News & Observer)

Why does this matter in Asheville or the River Arts District?

If you're in the RADTIP (2.2 mile stretch of Riverside Drive) or along the 21 planned Greenways (click here for map) then your property is about to be redrawn or taken.

So, what's wrong with this? Are you against Mother Earth?
Greenways are nice. Being against a greenway is like being against Mother Earth and nature and hiking.  No, we're not against greenways and we're not against the RAD but we are against not paying fairly. The citizens of the City and the County have paid taxes and invested their personal as well as business lives into this area.

$5.5 Million to Buy Land
We are working to get a list of those properties effected but $5.5 million means this is not just a few properties:

"Most of the $5.5 million from multiple grants will be used to acquire land for the Wilma Dykeman Riverway project and other nonconstruction, preliminary activities for the RADTIP project" (September 2014,Click to read Citizen Times Article).

The Wilma Dykeman plan includes RAD. This is one of the few references to this we could find in the media.  All the other stories have been about the wonderful growth opportunity and benefits.

What is the State's involvement?
So, because no one has contacted any of the property owners about the process or their rights as of now, we ask the question: what is the policy of Asheville?

Reported by the Asheville Daily Plant at a Feb 6th meeting hosted by CIBO, an official with the NC DOT reported about the status of various traffic projects in Asheville, namely the I-26 corrdior but there was a question about the RAD traffic project:


"An unidentified CIBO member asked about the status of road projects in Asheville's River Arts District, noting "They're going to be spending all that money - what's going to be the state's involvement? Click here to read article

Related Articles:
Properties to be acquired and timeline
12 Bones Isn't the Only Property to be Redrawn or Acquired
Right of Way Acquisition Process Starts Immediately