At this month's AARRC meeting, the entire agenda focused on one theme - RETREAT - every meaning of the word...


1.  RETREAT - an act or process of withdrawing


especially from what is difficult, dangerous, or disagreeable

A portion of the meeting was spent discussing the board and staff training they have scheduled for June 30th.  Why?  Because the AARRC has received a lot of media requests and information requests in the last month and they are not sure how to handle them. They need to get their act together, create fact sheets so they don't sound defensive was a suggestion. Someone mentioned that they sounded defensive on these calls so they need to train their staff so they can answer all the questions in a consistent manner.

They did applaud, gushingly, about John Boyle's article (Riverfront boards take conflict of interest criticism) and called him a "true friend" for getting the story right.   Afterall, they admit sending him all that information so he could write the article and get the straight truth, according to them.

2.  RETREAT - the process of receding from a position or state attained

At the end of the meeting, they took public comments. One of them was Dee Williams who asked questions about how these riverfront plans would impact contiguous neighborhoods, especially low income neighborhoods. Good question.

Rather than addressing her question, the AARRC members launched into an explanation of how they are "just an advisory board" - they have no budget, control no funds and they don't even have a bank account. Several members chimed in, explaining in myriad ways how they don't really do anything except take the concerns of the community to the council.  Funny, they failed to answer her question.

The AARRC is headed on its annual retreat to Knoxville, TN next week on June 24th.  At least 9 city staff people and about 12 of the AARRC members will be attending.  What will they be doing in this place of privacy and safety?  Touring areas where Code Studio implemented form based code.

They will particularly be touring the South Waterfront by boat. This area is where form based code was first implemented in 2006.  They had similar riverfronts plans as we do back in 2006, including an amphitheatre but these plans never materialized (partially due to the recession in 2008).  Our AARRC doesn't see this happening so they're not worried but they want to tour the area to see what happened.  Essentially, bike paths and greenways.  Click here for more information on the South Waterfront.

After BBQ dinner at Calhouns, they head home for the day.

We suggest this AARRC also take a different kind of retreat from these plans...

RETREAT
"a period of group withdrawal for prayer, meditation, study, or instruction"
to learn to think for themselves. 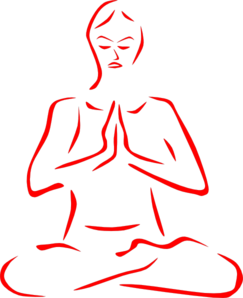