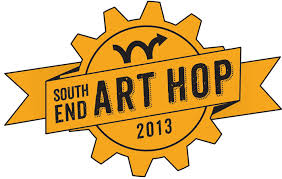 The City's form based code $100,000 consultants from Texas will be here July 25 - 29 to begin drafting the new zoning to replace the current River District zoning. While here, they will have "open house" meetings where you can go and participate.

What they don't say is this: FORM BASED CODE IS A DONE DEAL.

There was no debate or discussion with the community in a public meeting to even discuss the merits of replacing the current zoning except for Stephanie Dahl's proclamation that they listened to "citizen's complaints" which we would like to see a record of. There was no discussion about whether the current zoning could be amended.  FORM BASED CODE IS A DONE DEAL UNLESS the artists and property owners rally together to fight this change.

If you want to sit around and think the City is actually going to care about whether your rents go up, think again. They don't. In fact, they need rents to go up because then that means the land values have gone up, other developers have come in and they receive increased property taxes. The City is spending at least $25 million of taxpayer funds (equal to 4 years of capital improvement budget). They must increase the taxbase in order to pay for this extravagant gamble.

Here is a similar story of artists in an industrial area in Burlington Vermont. These artists fought the Form Based Code and here's why:

"Darshana Bolt pays $115 a month for the art studio in Burlington's South End where she draws and paints.
The rent buys a small corner of a big room shared by eight artists and a band that practices next to the sagging couch.....
Artists, tech, craft breweries - sounds just like Asheville

As major employers such as Dealer.com grow their presence in the Pine Street corridor and start-ups such as social media site Ello move in, the neighborhood appears to be shifting further from its blue-collar roots. Tech workers and professionals drive in every day, and so do people who want to take a cooking class, buy a smoothie or craft beer, do yoga and browse vintage shops. Now there's speculation that expensive condos will come next."
It's a done deal

The city planning process seems almost to assume that upzoning for housing in the neighborhood will take place, said Amey Radcliffe, an artist and South End business owner who has rented an office at the Howard Space building since 1997.
"They talk about it like it's a done deal."
What's wrong with current zoning?

She and other artists say the current zoning has helped keep studio rents low and fostered creative endeavors that might not be compatible with condos upstairs — bands practicing, wood workers running saws, industrial artists pounding hammers, trucks coming and going to pick up furniture and sheet metal.
Radcliffe wants the South End to be spared a trend that has occurred in other cities. "Can we not be the next SoHo and all these places that used to be cool and now they're just high rent districts?" Radcliffe asked, referring to an arts district in New York City.
Get organized

"If they change the zoning, the first thing developers would do is put in condos," he said.
If the value of the land goes up, artists who work in the area will leave, Norris-Brown said. He's helped to organize artists to stay involved in the planning process and work for strategies that would preserve affordable studio space.
Don't wait on Texas

"We're not waiting for the consultant from Boston to tell us what to do," Norris-Brown said.
Let's use housing as an excuse...

Housing — both affordability and availability, renting and owning — is a real issue for Dealer employees that are already living in Vermont or relocating from elsewhere, according to Von Puschendorf.
Smart growth land-use principles hold that building housing close to employers, schools, recreation and stores is good for the environment because it reduces the need for cars and potentially reduces the demand for housing sprawl that eats up rural land.
Click here to read the full article

Email ThisBlogThis!Share to TwitterShare to FacebookShare to Pinterest
Labels: Form Based Code