Asheville Tree Commission: Can't see the forests for the trees 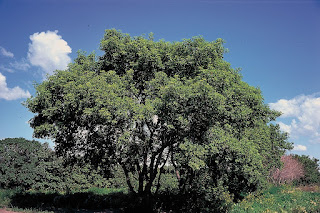 CITY DOESN'T PROTECT ITS OWN TREES
The City of Asheville likes to protect its trees - at least the trees on private property, that is.  When it comes to its own trees, that's a different matter. Recently, this has come up in the Beaucatcher Greenway (1 of 19 planned by the City) in which 85 mature native trees will be cut down and replaced by a paved greenway going to nowhere (it doesn't connect to anything, just an overlook). For further explanation, read this article in Mountain X.

RIVER ARTS DISTRICT TREES TO BE CUT
We decided to investigate since no one has mentioned the many trees, several over 100 years old that will be impacted by the RADTIP project - $60 million to put in greenways, bike paths and road realignment for New Belgium trucks in the River Arts District. This is one of the largest developments being run by the City and we wondered why no local environmental groups or at least the City's tree commission hasn't looked into it. One of the trees we identified by hiring an arborist, located a tree of which there are only 41 in the City of Asheville according to their Asheville Tree Map.

HISTORY OF BAD CITY DEVELOPMENT
The City's own history of how it treats money and its own natural resources is a fail.  Example: Pack Square Park used to have lots of trees and grass. The City cut down most of the mature trees in the park, paved over all the grass replacing it with concrete and then ended up spending $20 million instead of the $10 million it had originally projected. Now they have to spend 2.3 million redoing toxic turf on the soccer fields they just completed. So you see why we don't trust the City with a project that will forever change the landscape in the River Arts District.  In addition, the City has 21 planned Greenways (click here for map) which this Tree Commission has no clue about and will not be reviewing. Apparently, our City can't see the forests for the greenways.

Citizens should ask themselves, does the City have to follow its own guidelines?
Apparently not. While citizens are always informed about new hotels or developments they rarely get a glimpse into the details of the City's own projects and only when they turn out to be a disaster.

We attended the City of Asheville Tree Commission meeting on March 21st.  We attended to find out if the City is:

a) aware of the RADTIP project (2.2 miles on French Broad River in the River Arts District) which will remove several important trees

b) if the City has to follow the same guidelines it's own Tree Commission enforces.

We learned the following:

This Commission said they no nothing about this RADTIP project and have not reviewed it or discussed it.

Quite unbelievable when you consider that this $50 to $60 million investment on the River has been the talk of the town ever since New Belgium announced in 2012.

There are number of mature trees that will be cut down along the French Broad River for this project. What is this commission doing to protect them? Or, like the Beaucatcher Greenway, the City would rather cut down 100 year old mature trees to replace them with a paved greenway?

The City of Asheville does NOT hold it's own development projects to the same standards it requires of private citizens who landscape their properties, business owners who landscape their businesses or developers who plan important growth structures. How do we know this? Because this commission doesn't even review the City's projects so how would it know?

Again, like the City's planned Beaucatcher Greenway, this commission did not review the plans until citizens raised and voiced their concerns.... speaking of:


The Tree Commission provided an update about this Greenway. Turns out all the fuss raised over it raised the attention of this Commission who sent 4 tree folks up to tour the path of the greenway. They reported that there is a 200 year old tree (Red Oak), possibly the oldest of its kind in Asheville, that should be protected.  They identified several other trees that should be protected. Looks like this Commission may have some say in the matter afterall - although they were brought into it quite late.

DID YOU KNOW... DURING THIS MEETING WE ALSO LEARNED.....

VOLUNTEER GROUP WITH POWER OVER YOUR PROPERTY

We were reminded that this is a volunteer commission; however, this same commission is who you go to when you wish to appeal an action taken by the Public Works Director.  For example, if you are a developer or private property owner and you receive a notice fining you for improper tree cutting on your property, you can appeal to the Tree Commission. So, while volunteer, this same commission has limited rights over your property, including recommendations to the UDO which impacts every property owner or business owner.

If you would like a free lunch, attend the City of Asheville Tree Commission meeting every 3rd Monday at Noon at the Public Works Building on South Charlotte Street.  Those in attendance who never reported anything - most were extra staff people, get to eat a fabulous catered lunch paid for by you the taxpayers.

There are 14 board members but we counted 25 people in attendance, not including us (we were the only ones there for public comment). Several of the members had nothing to report and several attendees were simply extra staff from various organizations and departments of the City. I guess a free lunch will make you want to attend a meeting about trees.

This Tree Commission apparently can't see the forests for the trees. With a rapidly growing commission (more people attended this meeting than attend a City Council meeting) adding 5 more subcommittees, this group is completely unaware of the City's own destruction of important, historic, treasured trees it plans on cutting down and replacing with paved greenways and bike paths.

For more about the Asheville Tree Commission, visit the City's website page about it.

Email ThisBlogThis!Share to TwitterShare to FacebookShare to Pinterest
Labels: Trees